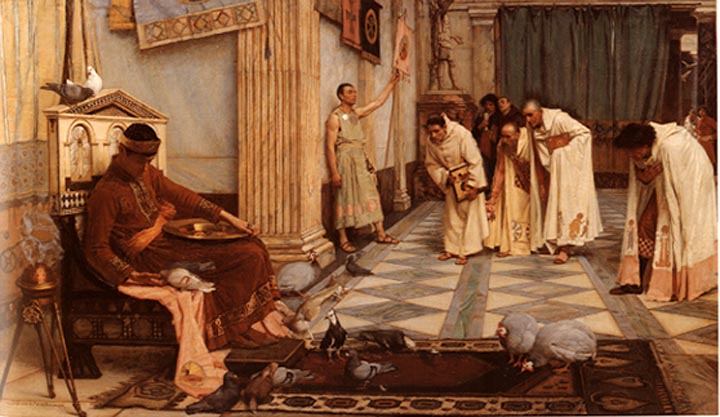 Passages from Antiquity to Feudalism: Francis Rory Peregrine ‘Perry’ Anderson, is a British historian and political writer. Anderson was born in 1938 and has mixed Irish-English ancestry. His writings reflect a Western Marxist approach. Passages from Antiquity to Feudalism his first book was published in 1974. His latest book is The H-Word: The Peripeteia of Hegemony and was published in 2017. Anderson also writes under the pseudonym, Richard Merton.

Anderson is an alumni of Worcester College, Oxford. He is currently a Distinguished Professor of History and Sociology at University of California, Los Angeles.

Passages from Antiquity to Feudalism Review

Since the scope of this project is limited to the discussion of slavery in Rome and Greece during the Classical Era, the second part of the book will not be addressed.

Anderson begins the book by stating that although much has been studied about feudalism itself, it is also important to know the genesis of feudalism.

Anderson argues that to understand how and why feudalism had some roots in slavery, it is necessary to understand the Roman and Greek societies and their conception of slavery. According to him, Roman and Greek cities were not urban centres in the modern understanding of the word urban. The cities of ancient Rome and Greece were more congregations of the rich landowners of  the surrounding areas than centres of artisanal or craft activities.

Although philosophy, science, literature, politics, and government did develop much in these cities, it is important to remember that the material wealth necessary for the survival and prosperity of these cities was produced almost exclusively by the surrounding rural areas. ‘Their income derived from corn, oil and wine – the three great staples of the Ancient World’ 1. Further evidence for this is provided by tax records of the 4th century CE Roman Empire when duties were imposed on urban centres across the empire: ‘A graphic idea of the comparative weight of the rural and urban economies in the classical world is provided by the respective fiscal revenues yielded by each in the Roman Empire of the 4th century A.D., when city trade was finally subjected to an imperial levy for the first time by Constantine’s collatio lustra &: income from this duty in the towns never amounted to more than 5 per cent of the land-tax.’ 2.

Although slavery did exist in earlier cultures, it was only during the Classical era, especially during the time of the Romans, that slavery was given an institutionalized form and became the chief mode of production – essentially turning Greece, and to a greater extent Rome into a slave economy. He states that the Greek states first employed slaves in non-household (craft and manufacturing) sectors.

Slaves were seen only as a commodity like any other. The Greeks and Romans felt that liberty and agricultural or artisanal labour could never coexist for a person, therefore their extreme reliance on the slave mode of production. This concept was so strong that the Greek language did not have a word to explain the concept of labour, either as a personal activity or as a production activity.

He concludes that the reason for which slavery was so widespread is that it facilitated military conquest. It is important to remember here that in the Classical Era, the expansion of a city-state meant territorial expansion, not economic. The most effective military forces are comprised of professional soldiers. This led to a rather vicious cycle, wherein captured slaves were put to work in the manufacturing and agricultural sectors, while citizens were called upon to provide military service: ‘battle-fields provided the manpower for cornfields, and vice-versa, captive labourers permitted the creation of citizen armies’ 3.

In this section, Anderson begins by describing the economy of the Germanic tribes when they first came into contact with Rome. He states that there was no concept of private property with regard to land among the tribes, the land was allotted for cultivation by elders of the community and the plots given were regularly rotated among all members of the tribe so as to prevent economic inequality due to soil fertility. Political decisions were taken by an assembly of warriors, rather than one single authority, within this, however, better warriors may have held more sway or power than lesser warriors.

With the coming of the Romans however, there emerged a change in the economy of the tribes. Warlords regularly raided other tribes to obtain slaves and other goods to facilitate trade with Rome. At the time of the division of the empire, many soldiers, officers, and even generals were of Germanic origin and by the time of the fall of the Western Roman Empire, all the tribes had a solidified leadership and a concept of private property regarding land borrowed from the Roman ideas. ‘Political autocracy, social rank, military discipline and monetary remuneration were all lessons learnt abroad and readily assimilable by local chiefs and optimates at home.’ 1 Thus contact with the Roman empire and interaction with its mode of production brought about a change in the economy of the Germanic tribes.

In the second chapter of this part, Anderson deals with the invasions by the Germanic tribes into Roman territory. He mentions the conquests by the various tribes and states that although some provinces were still controlled by Roman armies, these were completely surrounded by the newly settled tribes and were soon taken. Anderson states that although the German tribes were easily able to take over the provinces, administering them prove to be a challenge as the economy left behind by the Roman, while having a few aspects similar to that of the Germanic economy, was still different enough to cause the tribes to retain their own economy, rather than adopt the far more advanced Roman economy.

Although private ownership of land had found its place, the tribes still had a long way to come to establish well-defined states. ‘For the barbarian peoples of the first series of tribal invasions, despite their progressive social differentiation, remained extremely inchoate and primitive communities when they burst into the Roman West. None had ever known a durable territorial State; all were ancestrally pagan in religion; most were devoid of literacy; few possessed any articulated or stabilized property system.’ 2

After the settlement, the lands were probably appropriated by clan optimates, which then settled rank and file warriors on his land as poor tenants. This was an important first step towards the beginning of feudalism. Initially the lands under the tenants were probably not hereditary in nature, however, it soon became so. This led to the emergence of a peasant-warrior class which cultivated the land under the land-owning aristocracy. Royalty and kingship, and state formation soon took place, sometimes they had been actively supported by the Romans themselves (before the invasions).

In many areas, a special sort of administration was in place. Whereas the Germans were the rulers, the Roman community had in place its own comital units and judiciary that was populated by the landowning class. ‘This dualism was most developed in Ostrogothic Italy, where a Germanic military apparatus and Roman civilian bureaucracy were effectively juxtaposed within Theodoric’s government, which preserved most of the legacy of the imperial administration.’3

Along with the political change to a well-defined state, system was another important combining force of the German and Roman economies: the Christian church. Religion integrated the people culturally and spiritually in a way that probably no other force could have.

In the last chapter of the section, Anderson provides a sort of revision and overview of the gradual disintegration and combination of the Roman slave mode of production and the primitive Germanic mode of production that led to the development of feudalism.

He states that the Roman mode of production was totally reliant on slave labour and this led to technical and scientific stagnation as there was no incentive to improve the life of the workers and to make their tasks easier. There were very few innovations and even these were never widely adopted.

He states that the increasing power of the church played some role in the combination of the two economies, however, this did not take effect immediately and only brought about change when monasticism and literacy, medicinal knowledge, etc came to be associated with each other.

The most important integration that the church started was that of language. Earlier the language of the empire had been Latin, whereas only a small proportion of the population in the provinces spoke Latin up to the 3rd and 4th centuries CE. During the 4th and 5th centuries CE  when Christianity was spreading, local priests mixed Latin and the local language to increase acceptance among the locals; this led to the rise of the Romance languages. Anderson states that this was an extremely factor in the success of the German invasions as language differences may have caused huge administrative problems. According to Anderson, this was the most important contribution of the church to the emergence of feudalism in later Europe. ‘Up to the 3rd century, the peasants of Gaul or Spain had spoken their own Celtic tongues, impermeable to the culture of the classical ruling class: any Germanic conquest of these provinces at this date would have had incalculable consequences for later European history.’ 4 Passages from Antiquity to Feudalism is Perry Anderson’s first published book. It deals with the concept of slavery during the Classical Era and compares it with Feudalism of the Medieval Era. Anderson forwards his theory that after the fall of the Western Roman Empire and the resettlement of its territories by the invading Germanic tribes, Rome’s slave economy and the ‘distended and deformed primitive modes of production’1 of the Germanic tribes both combined and mutated into a form of early Feudalism. Anderson places a great importance on the cultural role of the Christian church in bringing about the transition from slavery to feudalism.

The book uses a convincing and logical tone of the argument. Anderson cites his sources frequently and in an easy to access manner that leaves out any questions on the reliability of his sources. He provides concise and clear-cut arguments based on logic rather than conjuncture and imagination. One point of slight negativity is Anderson’s vocabulary, which though excellently used, may be rather distracting or even off-putting for the casual reader. Overall it is a very detailed, well researched, and well-written book that may very well change one’s opinion of the genesis of feudalism. 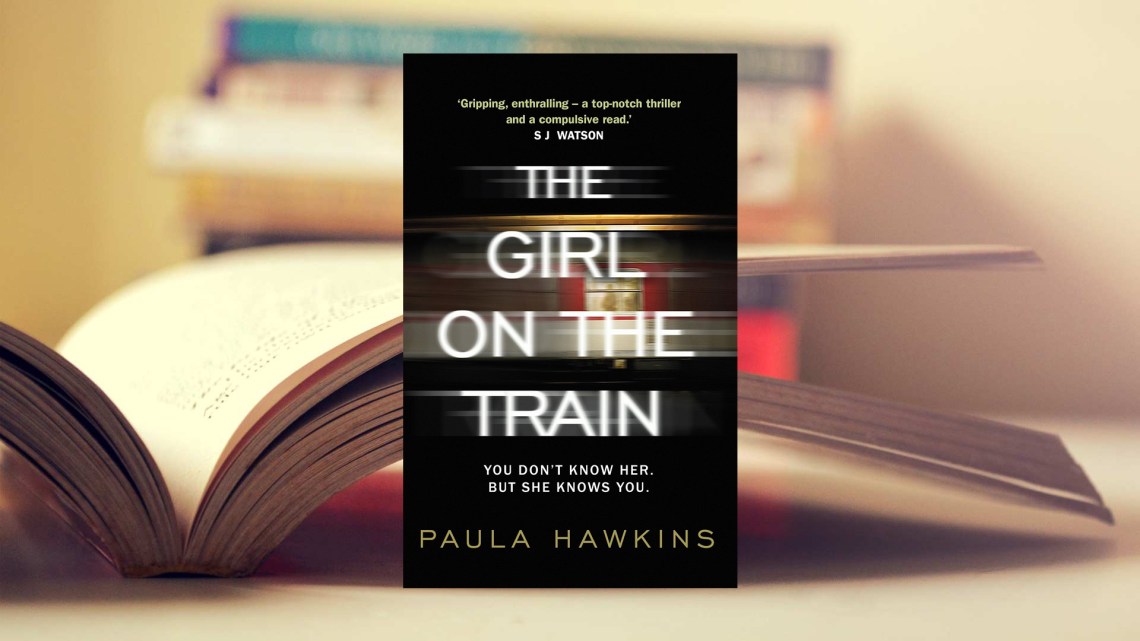